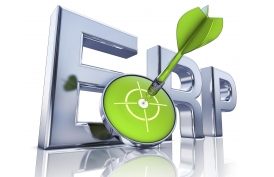 Our Client: Our client is a UK based global medical device manufacturer that specialises in drug delivery devices. With a growing, multi-million pound turnover, it faced a critical situation whereby its business systems were old, required updating and, in some vital areas, were either unsupported or poorly supported.

Project: We were engaged on a two stage process to identify suitable software and an implementation plan. The first stage was to understand suitable partners and the expected cost and timescale of an ERP selection and implementation project.

Actions: We interviewed key system users and ascertained where the company was experiencing pain due to poor systems. The output from this set of interviews was a high level scope document against which potential suppliers could match their software and estimate implementation costs.

The ERP marketplace is large and complex with many suppliers offering a variety of solutions. Lime Associates performed an initial screen of suppliers who met the following criteria …

1. Have a target client base of mid-size manufacturing companies.
2. Have a client base including either Medical Device or Pharmaceutical manufacturers.
3. Are strong and growing (not simply supporting an established user base).
4. Have a presence in the countries in which our client operates in.
5. Have documented and compelling implementation examples

Using these criteria, Lime Associates identified a number of suitable suppliers and recommended a list of six companies for further analysis.
Each company was asked to submit an initial bid (using an e-procurement process) against a detailed specification that included the scope as identified via the initial interviews as well as other criteria designed to establish their capability to implement and support the product in the future. Their responses, together with estimates for implementation costs, resources and timetable, allowed Lime Associates to recommend a short-list of three companies.

Result: At the end of this process, the three short-listed candidates could be compared accurately for their system performance and indicative costs. This approach allowed our client to make an informed decision on a project budget, project plan and staffing levels.

Summary: Due to Lime Associates’ support, the client could plan effectively for the project and were in an ideal position for commercial negotiations in phase two of the assignment.